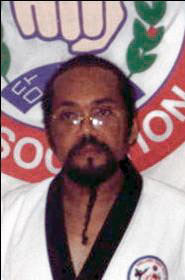 It is a great honour for me to extend and express my love and gratitude in this profile, concerning my Tang Soo Do experience and musical background. It's very interesting to see how the mystery of the past, present and future moves on. It's amazing to see how some people with a complete different lifestyle or with other interests, meet eachother some way or the other and get involved in activities, that can develop into beautiful, harmonious business-relationships or great friendship in the future. The human race is one family and if we love one another, we will wish eachother happiness and live in harmony as reasonable peace-loving brothers and sisters in this world. At an early age I've considered Martial Arts in general a very exciting art. It has always meant much more to me, than just punching and kicking.

In my opinion it's an art of logics and tactics, which one can learn and even develop such a high level of skills, to eventually become invincible. When I was a little boy in Aruba, my parents would often visit my grandmother, where at that time my uncle (Pito) also was living and practicing the art of boxing. My brother Manuel Lopes and I, would often get his permission to do some sparring with him (as a team against him). The two of us would try to punch him with our tiny little fists as hard as we could and my uncle would also punch us very subtle with his big boxinggloves. This was a very nice experience which made us feel brave!! My uncle always told me that I was a showboy, because during the sparring I would often make a lot of funny sounds and do sham-attacks, dancing around, escaping and coming back but not really attacking. I was always afraid of getting hurt, that's why I would be extra careful.

My uncle would often laugh and enjoy my amusing (witty) style. He would also say that my style was a smart approach and that he would always keep an eye on me, because it could be a tactic to confuse and distract the opponent and suddenly enter with a surprising attack. My uncle always said "never underestimate a person". In the seventies and eighties I enjoyed looking at the karate movies of Bruce Lee and Chuck Norris and other Karate stars. I was always excited when I saw those sensational and spetacular movies. Bruce Lee has always been my greatest hero. Due to my dedication to the music all of those years, I didn't get involved in the martial arts to study and practice a style. But I've always had the fantasy and plans to get started some time in the future. Music and Martial Arts are the most beautiful arts!!! I became a very good guitarplayer by practicing constantly with devotion. This universal law or principle works for everything that one would like to achieve. It's a confident feeling. 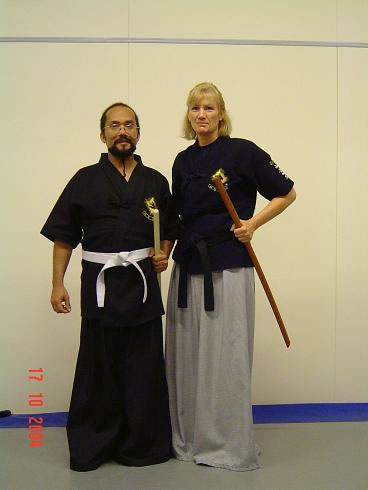 In 1997 at the age of 48, I started to practice Tang Soo Do, which became just like the music, an important part of my life. My plan at first was to practice for one year, to slimdown and become limber and flexible, learn the kicking- techniques and make my body stronger, to create an extra flashy and sensational appeal on stage with my new musical soloproject. The results of one year training were amazing. I learned beautiful techniques, I became slim, limber and very flexible. I now started to understand the Teachings and Art of Tang Soo Do and I became very enthousiastic and fanatic. I didn't stop with Tang Soo Do after one year, but decided to keep on studying and learning everything that was necessary to become a 1st Dan (Black Belt). This became my new and interesting challenge. In 2003 I've done a successful Tang Soo Do Black Belt examination and obtained the 1st Dan (Black Belt) grade. I'm not only practicing the art of Tang Soo Do, for I've now started to follow a course in an ancient Korean art called "Haidong Gumdo" (Korean Swordsmanship).

The system of the Tang Soo Do examinations is very good to my opinion. Here is an interesting aspect of the examinations: to prevent the neglect of all the theory and techniques one has learnt for earlier examinations, one has to demonstrate at every following examination, that one knows all the stuff of the former examinations and all the new stuff for the new examination. This system keeps one continuously sharp and gives one that special confident feeling. 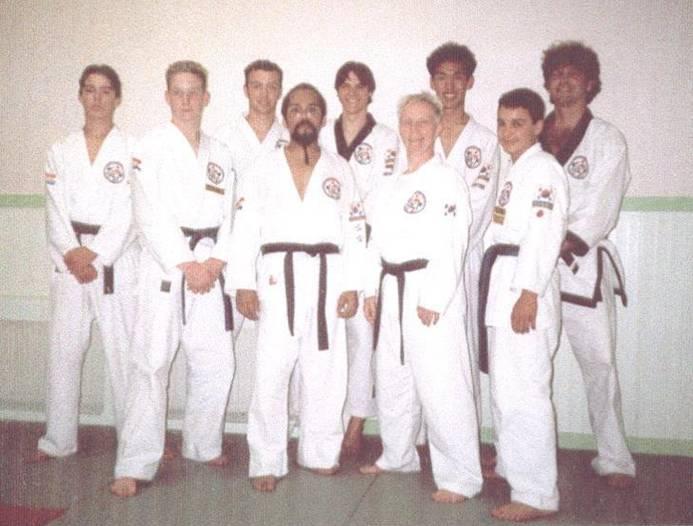 From Left to Right:

The Tang Soo Do tournaments are always an exciting happening, where one can meet other people with the love for the same art. They come from all parts of the world to compete in sparring matches, forms, forms with weapons, breaktests etc. I have participated in several Championships with very successful results. 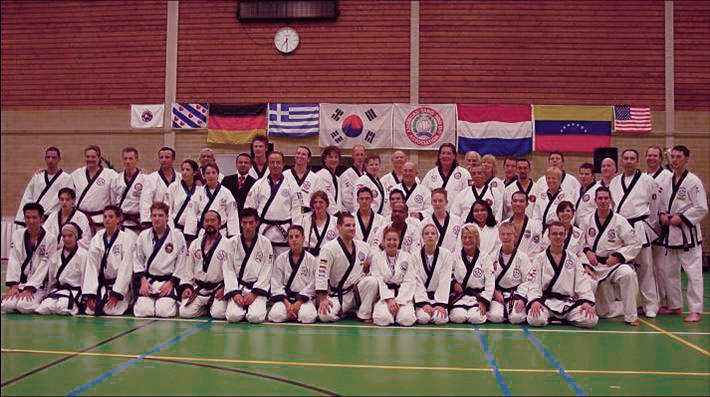 Photo taken at the end of the open Dutch Championships in Wehl, the Netherlands 16th of October 2004 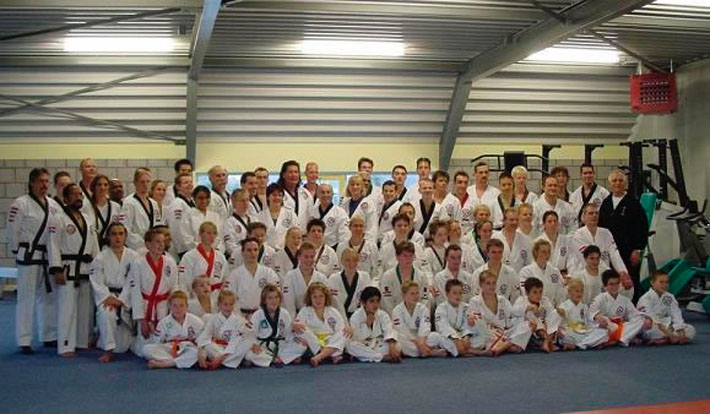 sporting school Ketelaar in Ulft, the Netherlands 17th of October 2004. 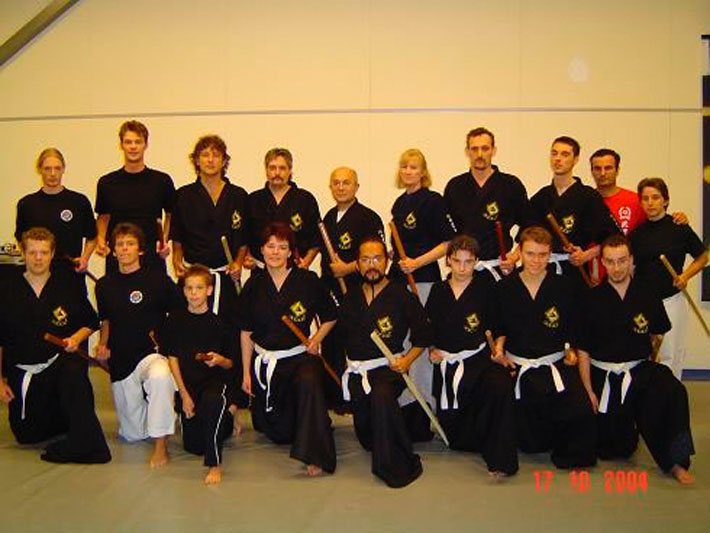 at sporting school Ketelaar in Ulft, the Netherlands 17th of October 2004 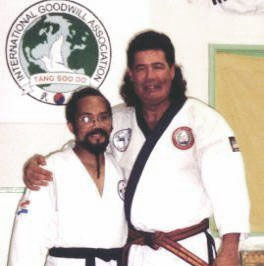 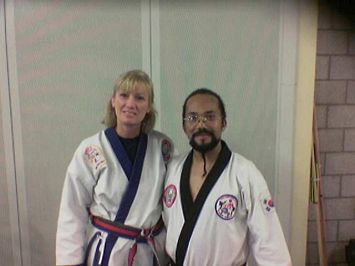 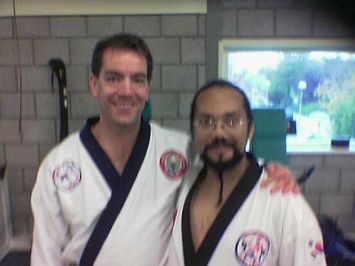 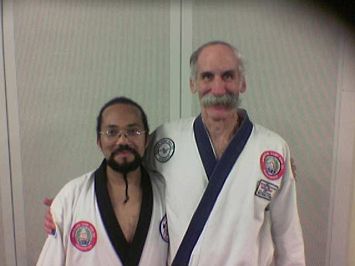 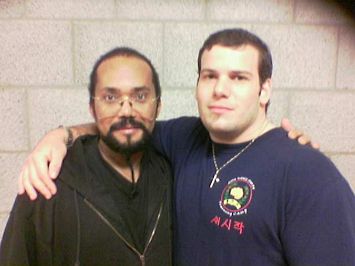 Thanks for your visit and:

"LET YOUR TANG SOO DO FEELING GROW
STRONGER AND STRONGER"